This is a good opportunity to keep an eye on the world's unspoiled places, as they have been left undiscovered and carry the significance of antiquity. There are still some Unspoiled Places on Earth in this 21st century. Very few people know about these places. However, tourists have gradually started gathering in these areas. Our today's article is about some such unspoiled places. This year has been an opportunity to realize more about nature and everything it has to offer than ever before. As the land of the tourism industry closes, this is a good opportunity to keep an eye on the world's unspoiled places, as they have been left undiscovered and carry the significance of antiquity.

Auyuittuq National Park, meaning "land that never melts", is one of Nunavut's most striking wonders.  An unspoiled place. There are plenty of glaciers, uneven peaks, and deep valleys, with travelers crossing the Arctic Circle in the summer, crossing the 60-meter axial path. And it’s just a spot. The region from Fjord to the mountains, the tundra river, and the lake have three regions, each a separate region. Visitors can fish there, walk on ice, climb mountains, travel in dog sleds.

Hang Son Doong is one of the unspoiled places and one of the largest natural caves in the world. It was first discovered by a local man in 1990 and was officially searched in 2009 when the man took the lead. The cave was formed by the Rao Thuong River, a huge valley - known as the Skylight - and it collapsed to form it. . Sơn Đoòng is so large that it can fit into New York's skyscrapers. After the strange light spreads through the dry valleys and reflects the green light, sometimes the caves also detract from the beauty of the imaginary world.

A coastal desert in southern Africa, it is known for its burnt orange-gold-colored sand. Namib has been dry for at least 55 million years and is estimated to be dry for about 80 million years. Parts of it compete with the Atacama Desert for the driest place on Earth. Its name means “vast space” and it extends over an area of more than 1200 miles across Angola, Namibia, and South Africa. The hills can be up to 980 feet high and up to 20 miles long. Incredibly, the temperature of the cold currents creates a blanket of fog that often covers the desert.

Officially known as the State of Bhutan, this little traveling country is located on the edge of the Himalayas and is well known for its breathtaking scenery ranging from flowing rivers, clear blue lakes, snow-capped peaks, glaciers, and jungles to remote colonies. There are no traffic lights in the country that have been able to survive the massive tourist crowds and retain its culture and distance. 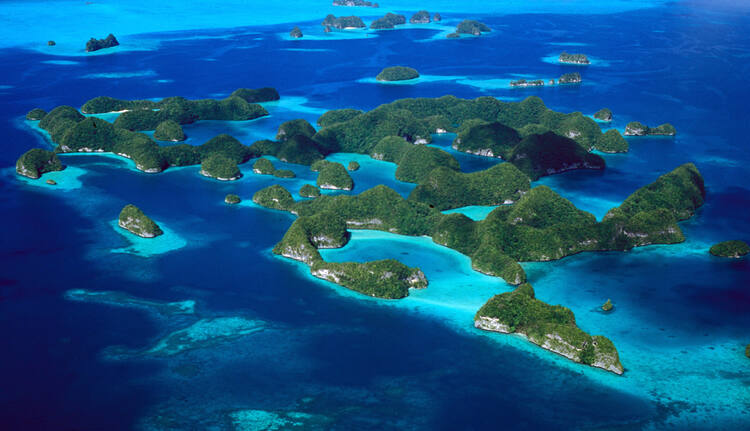 The unspoiled place 445 limestone islands were formed from volcanic activity and formed from unique mushroom shapes surrounded by coral islands. The islands are home to more than a dozen species of sharks, as well as a wide variety of flora, fauna, and wildlife. The region has the highest concentration of marine lakes anywhere in the world. The environment here is mild but harsh, and the only sign of human settlement can be seen from 3100 BC.

It is probably the ultimate indescribable destination, this continent is a completely desolate, secluded place. No trees grow here and one must travel with a travel agency to get here. Wildlife on the Antarctic Peninsula is most active during the summer months, and penguins move here to feed and breed Antarctic krill, fish, and squid.

One of the most spectacular areas in New Zealand, Fiordland, can be reached by land, plane or boat. The Milford Path is a famous hiking trail, with trekkers on a 33-meter-long four-day trek to the oldest lake, the country's longest waterfall, and panoramic glacier valleys. Lake Manowai is a clear, mirror-like area surrounded by mountains and on quiet days it is very enjoyable to travel by small boat with six.