They had a plan to completely blow up the moon, the only satellite of the earth. And that is Project A119. Project A119 is also known as, “A Study of Lunar Research Flights”. Our article today is about the US Air Force's Project A119. So let's start.

The First and Second World Wars ended then. More than a decade has passed. The Cold War has just begun. The United States and the Soviet Union - two great powers - are losing each other in discoveries and research.

In October 1957, the Soviet Union launched their first artificial satellite, Sputnik-1. What will happen if the United States loses the Cold War? In January '1956, they launched the satellite 'Explorer-1'. However, the United States was slowly moving beyond the orbit of this satellite. They had a plan to completely blow up the moon, the only satellite of the earth. And that is Project A119.

Project: Although the Cold War was at the root of 1119, the United States did not make it public. Since 1949, the Arms Research Institute has been in full swing to learn about the power of the atomic bomb. Large quantities of nuclear weapons are also stored in four places in the United States.

In 1957, scientist Edward Taylor came up with a new proposal. Much knowledge has been gained about the magnitude of the atomic bomb on Earth, and successful tests have been carried out in Hiroshima and Nagasaki; But what is the effect of space? Taylor's original plan was to detonate two bombs - one on the moon, the other near it. But yes, the original proposal came from Taylor, but it was backed by a whole bunch of scientists. 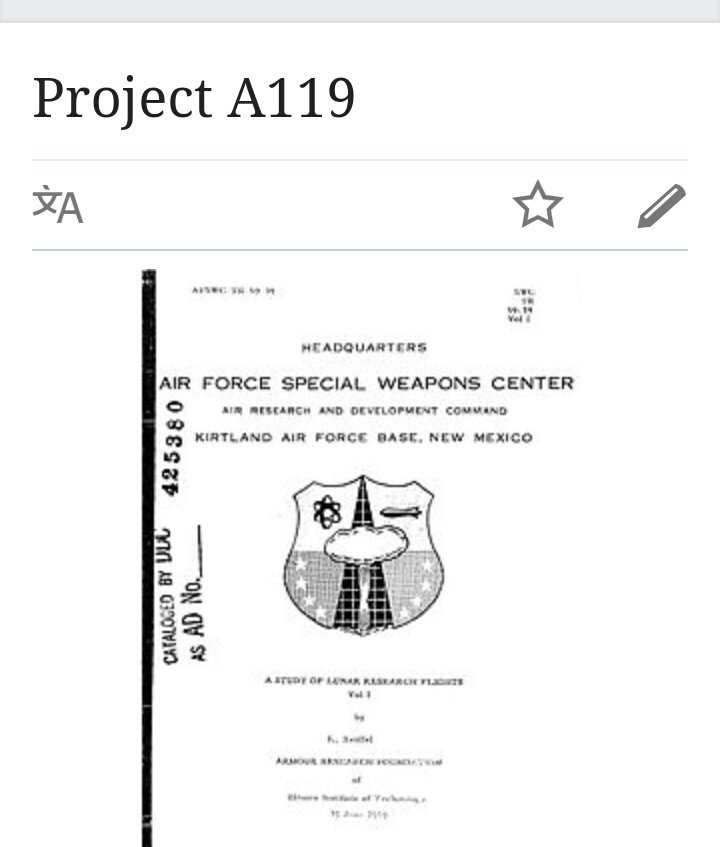 The beginning of the plan

Rumors surfaced later in the year that the Soviet Union was moving forward with a similar plan. As a result, the United States Air Force was added. Their main goal was to kill two birds with one stone. A nuclear explosion in space and on the moon would open the door to science, as well as give the Soviet Union a tough answer to American power.

The team consisted of 10 talented scientists from the Illinois Institute of Technology in Chicago, led by physicist Leonard Reiffel. He received his doctorate in 1953 from the University of Illinois. He is experienced in working in various reputed scientific research institutes including NASA.

Notable among these was 24-year-old mathematician Carl Sagan. Mathematically, Sagan showed the size of a ‘mushroom cloud’ or cloud if the moon exploded.

According to the research team's plan, this phenomenon was supposed to happen in 1959. But in January 1959 everything was ruined. It is omitted considering the reaction of the people and the possible dire consequences. Scientists say that an explosion on the moon could cause some of its pieces or the entire moon to hit the Earth's chest; The result will be fatal.

But America did not give up. The whole party is arranged to travel to the moon. As a result, Neil Armstrong set foot on the moon in 1969.

The moon in the peace treaty

This potential catastrophe was settled before the conquest of the moon. In 1963, Soviet Russia and the United States signed the Partial Nuclear Test Ban Treaty. They signed the Outer Space Treaty in 1967 stating that they would not carry out any destructive activities in space in the future. These agreements were later collectively referred to as the ‘Set of laws governing outer space. As of 2018, 107 countries of the world have signed it. 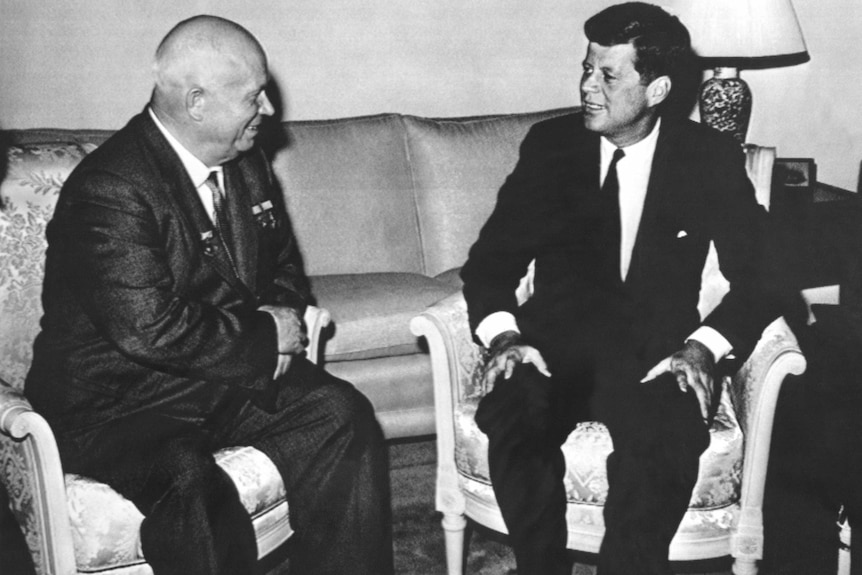 The project's documentation and existence came to light in a 1999 biography of Carl Sagan. It was Reiffel who added Sagan to the team. After coming to the attention of the media, Reiffel published a total of eight reports, including a May 1958 report and a 1959 feasibility report. Original copies of this report were destroyed in 1987.

However, in 2000, the American physicist Leonard Reiffel announced the existence of these. "We all knew that Project A119 was highly confidential," Raifel told The Observer. I had to go to the Air Force for any decision. However, Carl Sagan tried to smuggle some information in 1959.

He added, ‘We were so focused on the research that we didn’t even think once about what the public would think about this test. But it would have been better if it had been canceled, otherwise, there would have been a major catastrophe. The U.S. Air Force wanted to show the Soviets show-down through a mushroom cloud from space. But they don't care about the terrible effects it has on the world. "

British nuclear historian Dr. David Lowry said, ‘It’s out of the question! Imagine for a second you were transposed into the karmic-driven world of Neil Armstrong. "He added:" The way the United States is dealing with missile defense right now is nothing short of overwhelming. I wouldn't be surprised if something like the moon blew up in the fifties.

What would be the consequences?

The history of Project A119 is published in a research paper called ‘A Study of Lunar Research Flights’. The bomber struck shortly afternoon in front of a U.S. military base.

However, this whole study was based on the scientific information of the time. The question then is, would the Soviet Union really have seen the moon explode 3,84,400 kilometers from Earth?

Based on research and interviews with Leonard Reiffel, the research team thought of showing its levels to the naked eye by creating sodium vapor. Even the amount of sodium needed was calculated. The moon was divided into three parts and exploded on the ground. The main part was in the dark part of the moon, one was a little farther away and the other was outside the moon.

The moon has several holes or craters. The research team thought that the explosion would reveal what is inside the moon. However, there was a fear of permanent nuclear damage to the moon's air and soil.

Also, for some reason, the moon could fall from its axis. Atomic wastes in space could cause damage to the Earth's atmosphere.

The history of the Cold War between the United States and Russia, as well as the former Soviet Union, is not new. In this war, as many discoveries are being made, so are many innocent victims. World leaders must come forward in such turbulent times; Not for power, but for the sake of humanity.

Web Development for Kids: 5 Benefits of Learning to Create a Website