Information About the Silk Road: the Oldest, Longest and Most Dangerous Trade Route

The Information About the Silk Road, which stretched from east to west, established trade relations between China and the Mediterranean. There was also a significant cultural exchange between those regions. Information about the Silk Road

The Silk Road was the longest and most historically important commercial network in the world. It was founded in the Han Dynasty of China. The Silk Road, which stretched from east to west, established trade relations between China and the Mediterranean.

There was also a significant cultural exchange between those regions. The Silk Road was the most reliable trade route between Asia and Europe from 130 BC to 1453 AD. UNESCO has included the Silk Road in its list of World Heritage Sites. In recent times, the Chinese government has declared itself ambitious to rebuild this historic trade route. Our today's article is arranged with information about the Silk Road.

The Silk Road is not the name of a single road. It is the sum of several commercial land routes that connect China, Central Asia, the Middle East, several countries in Africa, and Europe. Many people also know it as the 'Silk Route'. The name was first used by the German geologist Ferdinand von Richthofen in 1887. The name Silk Road originates from Asian Silk.

Because at that time the journey of the Silk Road started centering on the silk trade. Extremely valuable, luxurious, and fancy, this product attracted the merchants of the time in Central Asia. They used to take silk from China in exchange for gold, fur, glassware, horses, etc. China's silk trade is booming.

As a result, merchants soon felt the need for an uninterrupted route to easily bring goods and travel.

It was from this demand of the merchants that the official journey of the Silk Road began in 130 BC. In 1453 the famous Ottoman Empire boycotted trade with China.

Since then, China has closed the Silk Road. In addition to the silk trade, the Silk Road was used for various trading centers, buying and selling of goods, distribution and warehousing, and the flow of water as a source of water supply for trade caravans.

The journey to The Royal Road in Persia (present-day Iran) began 300 years before the Silk Road. It stretched from Iran to Turkey. It was built by Darius I, the then ruler of Iran. The various trade routes in the vicinity of the Royal Road were also gradually connected to it.

Among them are trade routes from Mesopotamia to the Indian subcontinent and North Africa via Egypt. Much of the Royal Road became part of the Silk Road after King Alexander the Great of Macedonia extended his empire to Persia, including the Royal Road. 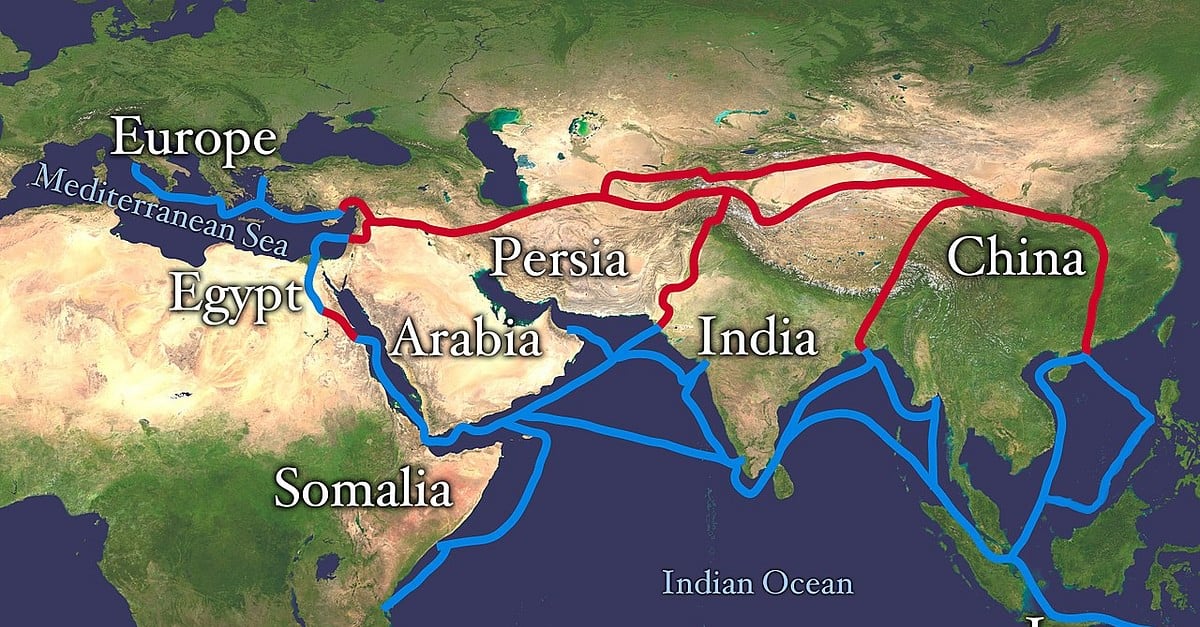 In the early stages of the Silk Road, which was created about two thousand years ago, only China was used to trade silk within the country. At that time, caravans delivered silk from the center of China to the western border regions. But often along the way, the caravans would confess to attacks by small indigenous groups in Central Asia.

The famous Han Emperor of China, Han Wudi, appointed his general Zhang Qian as his ambassador to the region. Extraordinary diplomat and inventor Zhang Qian made various attempts to establish good relations with the indigenous groups. As well as starting from Cheng, the capital of the Han Dynasty, Zhang Qian deployed his vast army in those regions to learn about the geography and political situation in the wider west.

In exchange for various tactics and adventures, the Qian forces gathered information about the new territories. On the basis of this information, the West was gradually able to establish diplomatic relations with some of the commercially important regions of the West.

Zhang Qian then opened a new door of trade with the western states. On that occasion, Chinese merchants expanded their trade into the Western world. Ever since Zhang Qian established good relations with the indigenous people, traders have been able to travel safely and conduct business on the Silk Road, and silk has become known in world trade.

The Silk Road has played a unique role in the development of civilizations in China, Iran, the Horn of Africa, Europe, Korea, and Japan. Economic, cultural, and commercial relations were established between all these civilizations only for the welfare of the Silk Road.

Although silk was the most important commodity on the Silk Road, it was also used for buying and selling various products and exchanging cultures. In this way religion, knowledge, science, technology, etc. are exchanged. Plague-like diseases also spread from one region to another through the Silk Road. In 542, a terrible plague spread along the Silk Road and reached as far as Constantinople, destroying the Byzantine Empire.

After the closure of the Silk Road during the Ottoman Empire, merchants chose the sea route for trade, which marked the beginning of a new chapter in discovery. In this way, the historic Silk Road is a milestone in the establishment of the modern world.

The Eurasian Land-Bridge is often referred to as the New Silk Road. Because it has connected China, Kazakhstan, Mongolia, and Russia. It was completed in 1990 by Kazakhstan's rail link with China.

Since then, the scope of the new railway network has been gradually increasing. In 2008, rail links were provided from China's Xinjiang province to Almatti and Astana in Kazakhstan. In October of the same year, a railway line called 'Trans Eurasia Logistics Train' was launched from Jiangnan, China to Hamburg, Germany.

The line has been transporting goods from China and Germany since 2011. As a result, it used to take 336 days to transport goods from these two countries in container ships, but now it takes only 13 days to transport goods by rail. In January 2017, a train arrived in London from China for the first time under this project. Within a few days, rail connections were also provided to Madrid and Milan.

The Chinese government decided to provide rail links to Europe with the aim of reviving the original Silk Road. Plans are afoot to build a high-speed bullet train line for this purpose. It may have been built following the commercial advantages of the former Silk Road.

As part of the plan, in 2013, Chinese President Xi Jinping outlined plans for a new trade network from China to Europe. There he spoke of including Australia and East Africa in addition to the countries covered by the previous Silk Road. The Chinese government's project is called 'The Silk Road Economic Belt and the Twenty-First Sensory Maritime Silk Road' or 'One Belt One Road'. Some people call it ‘Belt and Road’ or ‘Belt and Road Initiative.

The Chinese government sees the plan as a sign of increased regional cooperation and a brighter future. On the other hand, critics say it is a move by China to build a China-centric trade system in world trade.

Among the countries included in the Silk Road Economic Belt proposed by Chinese President Xi Jinping are the countries covered by the main Silk Road in Central Asia, West Asia, the Middle East, and Europe. Apart from this, South Asia and Southeast Asia will be added as an extension of the belt.

The sea route is also part of the Silk Road plan. Initiatives are being taken to establish trade relations between Southeast Asia, North Africa, and Australia by sea on this route. For this, the South China Sea, the South Pacific Ocean, and the Indian Ocean region will be used as trade routes.

China has not stopped planning to build a trade network only by land and water. They are also planning to build a Silk Road made of ice through China-Russia to connect the Arctic region to this economic belt. Now it is time to wait and see how far China can go in implementing its plan.

Muhammad Ali Facts: One of the Brightest Stars in the World of Sports