Nearly half a billion animals in Australia’s New South Wales state have been killed by raging wildfires in the last couple months, and the devastating death toll is expected to rise.

Roughly 480 million mammals, birds and reptiles have been affected since bushfires started in September, according to ecologists from the University of Sydney, who add that the actual number is likely much higher.

Wildfires have turned southeast Australia into a charred, apocalyptic nightmare as the country copes with a devastating fire season that is expected to grow worse as the summer months continue. Record high temperatures and drought exacerbated by climate change have ignited blazes that have destroyed more than 1,000 homes and nine million acres and killed 18 people.

The blazes, expected to be the worst yet this weekend, threaten to erase entire species in Australia, which already has the highest rate of extinction in the world. 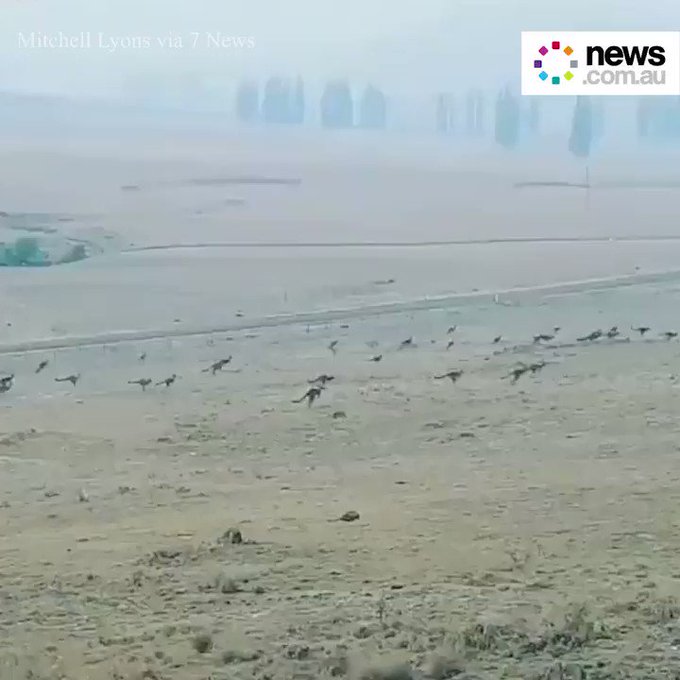 “Many of the affected animals are likely to have been killed directly by the fires, with others succumbing later due to the depletion of food and shelter resources and predation from introduced feral cats and red foxes,” the University of Sydney ecologists said in a statement on Friday.

Roughly 34 species and subspecies of native mammals have become extinct in Australia over the last 200 years.

In record heat Australia and South Australia, where temperature have risen to 40 degrees, koalas approached cyclists on the road to seek water.

Australia’s koala population, which is already declining and vulnerable, has been especially devastated by the fires. Government officials estimating that 30% of the region’s species may have died.

Ecologists estimate that about 8,000 koalas have died since the fires started, as the slow-moving animals are unable to escape the flames. The marsupials are one of the country’s most iconic animals, and have contributed between $1.1 billion and $2.5 billion per year to tourism in Australia, according to government data.

“Up to 30% of the koalas in the region may have been killed, because up to 30 percent of their habitat has been destroyed,” Australia’s Federal Environment Minister Sussan Ley told the Australian Broadcasting Corporation last week. “We’ll know more when the fires are calmed down and a proper assessment can be made.”

A dehydrated and injured Koala receives treatment at the Port Macquarie Koala Hospital in Port Macquarie on November 2, 2019, after its rescue from a bushfire that has ravaged an area of over 2,000 hectares.

Images of burned koalas prompted people to support a Gofundme page for Australia’s Port Macquarie Koala Hospital. The hospital has received more than $2 million in donations since September, but is still struggling to treat injured koalas.

University of Sydney Professor Dieter Hochuli said that while wildfires are traditionally a normal part of Australia’s ecosystem, the increased frequency and intensity has enormous consequences for the future of plants and animals.

“It’s not just the charismatic well known species that are at risk either. The insects that so many of our ecosystems are reliant on for services like pollination and nutrient cycling are very sensitive to fire,” he said.

“One of the great unknowns is just how, if it all, their populations and subsequently the services they provide will recover.”

The Internet is changing to make it better.