Many people have been attacked by animals while spending time in their verandah. The bad news, however, is that many of these people have spent their lives with animals. But they all faced a lot of deadly situations when all these animals showed violence. Many animals can be very close friends of humans, but sometimes they can be murderers. Many of us in this line knew that living with animals might cost a lot, especially when the place is in a wild environment. However, those who did not think so have been surprised by the sudden animal attack. Because their locations were such that animals were not commonly seen angina. For example, many people have been attacked by animals while spending time in their verandah. The bad news, however, is that many of these people have spent their lives with animals. But they all faced a lot of deadly situations when all these animals showed violence.

Sharm el-Sheikh is a city in Egypt, located on the seafront. This city is especially known as a tourist center. But in 2010 their acquaintance and fame were destroyed forever. There were 5 consecutive shark attacks. Everyone knows about sharks. It is one of the most ferocious and terrifying creatures of the sea. The first attack was on Olga Martynenko, a 48-year-old woman. Most of his bones and flesh were damaged in the attack. Although the incident ended here, it might have been called an accident, but shortly after the incident, the attack took place again. This time the shark attacked 70-year-old Ludmila Stolarova. The sharks bit a large part of his arm and leg. People in the area were able to save him, but by then much damage had been done. Then a 54-year-old woman also lost her leg. Victor Collie, 48, was the last victim of this animal attack. 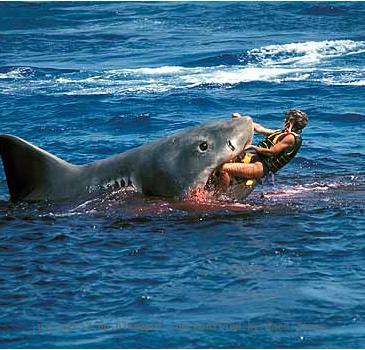 After this incident, the entire activities of the beach were stopped and experts were called by the government to investigate the cause. A shark seven and a half feet long and another eight and a half feet long was caught for investigation. Initially, it was thought that they were responsible for this incident. But within a few days, their idea was proved wrong. A new investigation has been launched after a 71-year-old German woman was attacked again. She died after being bitten on her arm and several parts of his body. After this incident, the tourist center was completely closed. The idea is that this change in the normal diet of sharks is due to overfishing. And it is said that various tourism companies also attract meat breeds through food to show these sharks.
2.Horatio Chapple Polar Bear Attack
In 2011, a group of students went on a tour with a British association. According to the plan of their expedition, about 80 students will stay on Salvard Island for one month. This place is located between Norway and the North Pole. But within two weeks of the expedition, they were attacked by a hungry and wild polar bear. This animal attack killed 17-year-old Horatio Chapple. Accidents happen before anyone realizes the suddenness of the incident. Also, a friend of the dead teenager was attacked by the bear. Luckily he survived but was seriously injured. The bear's teeth were removed from his body through surgery. The incident did not end here. The bear broke another man's jaw. When the situation could not be controlled normally, one of the leaders of the group was forced to shoot the bear. However, he was also seriously injured. The expedition was declared over and all were instructed to return to their respective positions.

Allen Campbell was an experienced zoologist. He researched elephants and played with elephants in different areas. His real job was to show the circus with elephants. But he was no longer like the five. He looked after the elephants in his collection every day, cleaned them properly, and fed them regularly. While working in a zoo, he observed and practiced all these activities. But he was later evicted, citing abuse of animals.
In 1994, he was working with an elephant named Tyki in a circus in Honolulu, Hawaii. Tyke was an elephant that was abused in many ways by his former trainer. Due to which the elephant escaped twice. He also made several large-scale attacks while fleeing but was eventually recaptured. During that circus in Hawaii, the elephant attacked one of its groomers. The victim was identified as Dallas Beckwith. The attack took place in front of everyone in a horrible way. The elephant grabbed him and threw him several times. Campbell came to the rescue after seeing the situation worse. But the elephant was so aggressive that it crushed him to death without giving him a chance. Many of the spectators, including the elephant, were injured in the attack and in obstructing the spectators. But after many attempts, it is not possible to hold the elephant. He broke down the gate and left. After a long chase, the local police shot him dead six times.

Dr. Richard Root was a college professor. He was also the head of the medicine department at Harborview Medical Center. He is a pathologist and well known for his research. He temporarily retired from his job to serve his ailing wife. But when his wife dies, he breaks down even more emotionally. But a few years later he got married again and with the help of his second wife he regained his mental balance. So he came back to his medical work in a new way. To wish her well on her return, Pennsylvania invites their newlyweds to attend a medical program. In this two-month program, Mr. Root is given the responsibility of caring for various patients. He was very happy to be able to start work anew. During the break, the couple set out on a boat trip on the Limpopo River. They were in two separate boats and had two guides with them. But the accident could not be stopped. Suddenly a crocodile jumped into the boat on the route and bit him and jumped into the water. The incident happened so fast that no one got a chance to try to save him. He or any part of his body did not float. According to people in the area, they have never been attacked by a crocodile. On the contrary, the incidence of hippopotamuses in the river is much higher. Root's wife and other guides are all emotionally devastated to see this happen in front of their eyes. 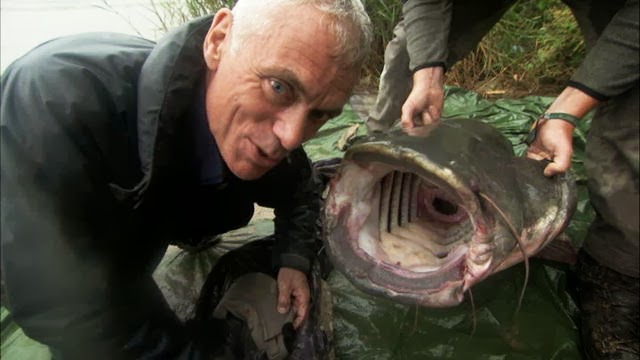 Goonch catfish are no ordinary fish. And their types are completely different from the five fish. They are more than 6 feet tall and weigh more than 200 pounds. They usually eat a variety of small animals and fish. But the idea is that their food lists in particular regions may have changed radically. One such place is the famous Kali River. Parts of dead bodies are dumped in many rivers in Nepal. Many researchers think that eating these human remains may have created an interest in food for the human body among these catfish. Maybe that's how they got used to eating human bodies. In 1998, a 17-year-old boy was dragged into the water in front of his girlfriend. Three months after the incident, another boy was dragged in front of his father. To date, no trace of this lost body has been found. In the last incident, some people said that they saw a kind of animal like a pig being dragged away.
To investigate the incident, British animal researcher Jeremy Wade used a body part of a dead man as bait to conduct an expedition to the river. And accidentally caught catfish in his bait. According to him, if someone falls in their face, it is not possible to get out of it in any way. He added that since they are accustomed to eating human flesh and other parts, they are more likely to be attacked.

The Habit Of Drinking Energy Drinks Can Take Someone To The Hospital With A Heart...

One-third Of Antarctica’s Ice Could Collapse At Current Temperatures